A collection of stripped-down tracks, self-recorded by Adam Jones, singer/guitarist of the rock and roll band Peachfuzz.

Sometime after the recording and release of Peachfuzz's second album, Everything Takes Forever, Adam started demoing songs in preparation for the bands next album. The result was a collection of songs that seemed to flow on from the narrative started on the aforementioned album and, at the same time, stood as a fairly sweet collection in itself. The inclusion of an alternative version of the song "Are We Broken?" cemented the connection between the two records and we managed to talk Adam into letting us offer the release up as a free download.

So here we are then, EP1 is a companion piece to the full band's more rocking releases. It is unapologetically rough around the edges and should whet the appetite for the next full-length from Peachfuzz while, at the same time, allowing Adam's singer-songwriter abilities to shine. 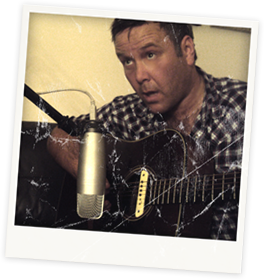