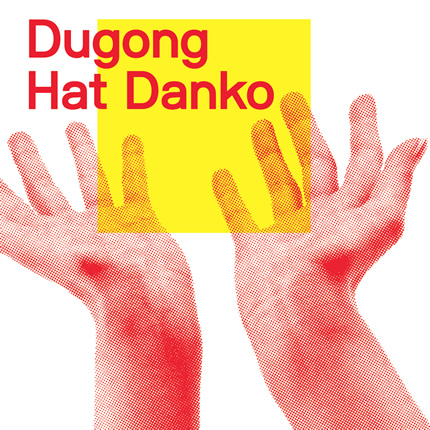 Following on from 2001's The Eastmoor Rules, I don't think there were many that expected the leap that Dugong were to make between that fantastic record and this one.

While their debut album was a great melodic punk record it only hinted at what the band would be capable of. Hat Danko delivered on all fronts as the influences that crept into the bands sound prior to this are here fully explored.

The Karate influence is once again present on "They Never Saw The Magic" while "Vital Loop" has a full-on, late 90s emo feel to it. Then you get the perfect pop-punk of "Tonight This Is Perfect", the more refrained "Human Fade", the antagonistic "And Now We Are Men" and the alt-country twang of "The More Rivers You Cross The More You Know About Rivers".

To put it bluntly, each and every song on this record is a classic in its own right. Together they make for one of the most ambitious, varied (yet cohesive) and, above all else, strongest, releases we've ever put out.

It was with this in mind that we decided to celebrate both the 10th anniversary of Hat Danko's release and the 15th anniversary of Bombed Out with a limited edition LP reissue on 180g (that's the heavy stuff) white vinyl with gate-fold sleeve.

Note: the LP version of the album contains 9 songs rather than 10. The track "Return to Form" is included with the LP's download but the band chose not to include it on the LP as, with band members having played different instruments on said track they didn't feel it quite fit in with the flow of the album.

Recorded and mixed at Soundstation Studios, Horbury in January and February 2003. Engineered by Mark Sturgess.