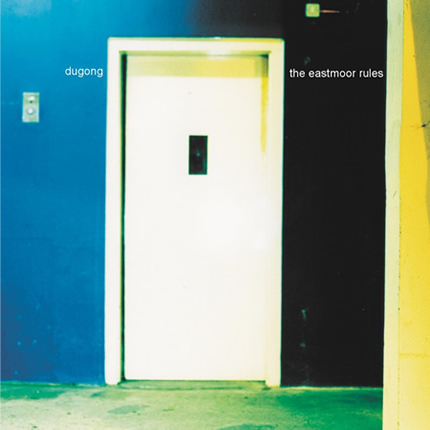 The Eastmoor Rules
by Dugong

Dugong's debut is an incredibly ambitious album. On The Eastmoor Rules, Dugong have added some new elements to their sound, from jazz to emo to indie to post-hardcore, here Dugong break all the rules yet still maintain a strong sense of their own identity throughout.

From the pop-punk of New Year / New Start, through the instrumental post-rock of I Have My Mother's Eyes and the Karate-esque People Like You Are Hard To Find to the acoustic Null and Void (a taster of what was to become Nathaniel Green), Dugong created a masterpiece.

Recorded and mixed through January and February, 2001 at Soundstation Studios, Horbury. Engineered by Mark Sturgess.