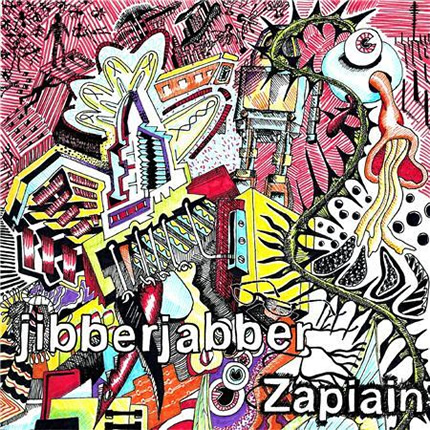 The debut album from Leeds(-ish) band Zapiain follows their two self-released EPs and comes blazing out the gates like an indignant 4-year old on a sugar-rush.

The band's sound may bring to mind vintage "Crackle! Records" (no surprise as Zapain feature an ex-dONfiSHER member in their ranks) but the sweet melodies that Chris, Chris and James have produced still manage to sound relevant and exciting today. Blending melodic hook-filled punk and heartfelt lyrics with intricate Leatherface-style chord progressions, an aggressive rhythm section, gravelly, soulful vocals and soaring backing vocals it's is an impressive debut.

Jibberjabber was recorded, like so many Bombed Out releases, at Soundstation Studios, Horbury - slap bang in the middle of the 2010 world cup (England did rubbish as usual). We almost had to turn down the chance to release it until American label, Unsane Asylum, stepped up to lend a helping hand. We're rather glad that they did.

Recorded at Soundstation Studios, Horbury over the summer of 2010. Engineered and mixed by Mark Sturgess.