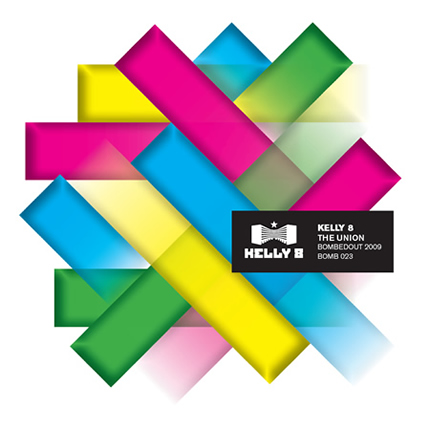 The Union
by Kelly 8

Kelly 8 return stonger than ever with brand new album, The Union. The time off has allowed the band to continue honing their trademark sound and while the emo tag will most likely remain firmly attached to the band their sound still comes almost wholly from the post-hardcore noise of the early 90s when major labels were scouring the ranks of Dischord Records, Touch And Go and Sub Pop for the next big thing.

Produced once again by Carl Vikman (Jeniferever, Trapdoor Fucking Exit and loads more) at EAR studios in the band’s hometown of Uppsala, The Union is perhaps the bands most consistent release yet. Surprising, perhaps, given the inclusion of the band's first cover - a cover of Dugong’s "Quick to the City", a tribute to the band Kelly 8 toured with in 2006 and testament to friendship and mutual respect on the road. Here Kelly 8 have completely made the song their own.

Of the brand new Kelly 8 songs the band veers from the almost serene pop of "Some kind of Wall" to the grunge-rock of "Spit it Out" with ease, all the while maintaining a controlled undercurrent thanks to a superbly surgical rhythm section that would bring to mind bands like Shellac, The Jesus Lizard or Helmet were it not for the more refined guitar melodies that carry through the album.

Recorded and mixed at EAR Studios, Uppsala on 2008. Engineered by Carl Vikman.