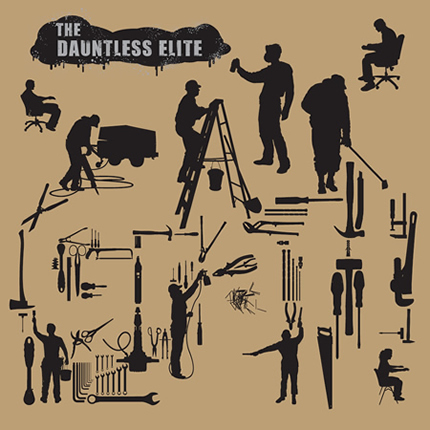 Graft
by The Dauntless Elite

Bombed Out is proud to present the debut album from The Dauntless Elite.

Graft contains a dozen blasts of incendiary punk rock as only a band featuring ex-members of Joe Ninety and Fig. 4.0 could deliver. Politically astute and with a biting satire the band have finally recorded the album we’ve known they’ve had in them since day one and, while nods to Leatherface, American Steel and Dillinger Four are all given, this is unmistakable the sound of Leeds finest.

Graft follows the bands debut EP, Security?, and the split 7”s with The Because, Jets Vs Sharks and The Mercury League.