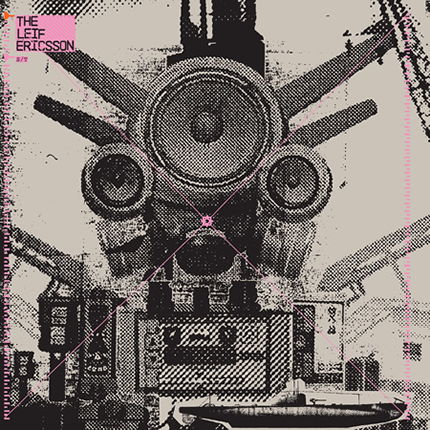 It's been about 4 years in the making but the debut album from Manchester/Stoke stalwarts The Leif Ericsson is finally here.

The self titled release contains 11 blasts of utterly brilliant punk rock. Like many UK (and Gainesville) bands before, The "Leif" take their musical queues from Snuff and Leatherface but add an anthemic quality that also brings to mind the finest in 80s UK punk. The Snuff influence in particular runs more than skin-deep as singer/guitarist Will Farley also moonlights in Duncan Redmonds' Billy No Mates.

If further evidence was needed we could also point out that the band features ex-Propagumbhis and Spy Vs Spy/Future Adventures alumni but of course that would be gratuitous now, wouldn’t it?...

Recorded and mixed by Will Farley and Wes Wasley at Brocklehurst Rocks in the Peak District over the first half of 2006.