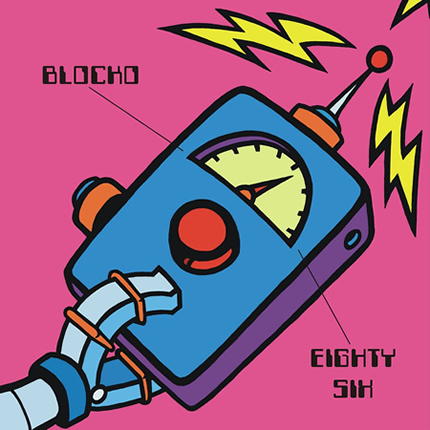 Split 7" between two of the countries finest melodic punk bands. Eighty Six offer the exclusive *Beep, Beep* while Blocko offer up another exclusive in Fibs and pair it with Aches And Pains from their Oimo MCD.

1. Recorded and mixed May 2002 at Soundstation Studios, Horbury. Engineered by Mark Sturgess.2. and 3. Recorded at RMS Studios, South London, September 2001.