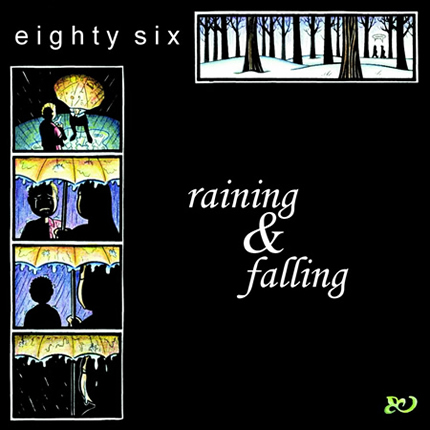 The debut release from Leeds based melodic three-piece, Eighty Six

Finally given a little polish (the tracks have been gently given some extra volume by the lovely Paul Yeadon of Bivouac/The Wireless Stores/Mikro Spiti fame), the songs stand up with the rest of the band's output. As an added bonus we've now included a couple of unreleased songs with the download - the bass-driven "Shortcut" and an early version of "Fear of Drowning" which would later be re-recorded for the bands debut album.

While the band's sound moved in a harder direction after this release you can't help thinking that the likes of Belloch offered a hint of what was to come.

In addition to the debut 7"s from Joe Ninety and Dugong, this record helped lay the foundation for what some still consider the Bombed Out "sound". It was also our first ever CD release. Good times...

Members of Eighty Six of course went on to play in That Fucking Tank, Buzzkill, The Magnificent and many other bands over the years.