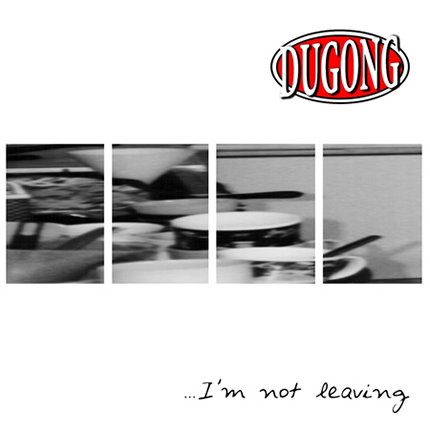 I'm Not Leaving
by Dugong

The first release from Wakefield's Dugong is a snappy melodic-punk affair.

The influence from local bands like Chopper and dON fISHER is obvious but the band also brought an early Get Up Kids influence into the mix. Unsurprisingly the single sold well in Japan!

We got 500 of these pressed and they're just about gone (or may in fact be gone by the time you read this) so the full 7" is now available for streaming with extra track "Right Thing To Say". This song was recorded at the same time as the 7" tracks and appeared on a split 7" with Shooter McGavin. Not only that but the tracks you hear above have now been lightly remastered by Scott Stewart of Broccoli/Hard Skin fame. Cheers Scott!

"Weather Song" was later re-recorded for the band's debut album, The Eastmoor Rules, and "Last Time I Was This Happy..." was later covered by Joe Ninety on their Blueprint for the Inevitable EP. A few years on from this release Matt would play an acoustic version of "Coming Through" while doing a handful of solo gigs and if you've ever had the pleasure of hearing that version you'll know that it's a rather special song indeed.