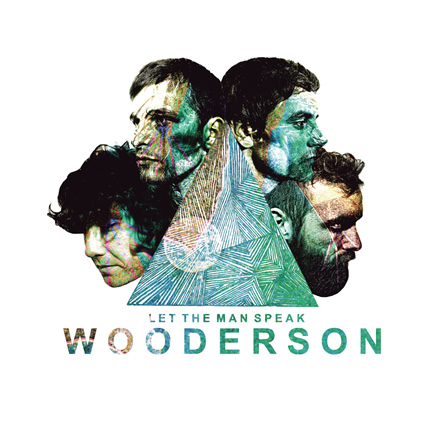 Let The Man Speak
by Wooderson

Sheffield based post-punks and fervent DIY ambassadors Wooderson arrive with their debut album.

Some things are worth waiting for. Some bands come out of nowhere, record an album and expect the world to come to them, other bands earn that right. Wooderson fall into the latter category - they’ve taken their time with this, via a path that’s seen them play up and down the country and announce their intentions across a handful of demo/7”/EP releases.

This is important. It means that when you listen to Let The Man Speak there’s a sense of worth, a sense of justified achievement. A sense that it was worth waiting for...

Across the 9 tracks here Wooderson show their influences (Fugazi, Mission of Burma, ...And You Will Know Us By The Trail Of Dead) but they’re never overwhelmed by them. There’s a distinctive brittishness (and, not for the first time on a Bombed Out release, “Yorkshireness”) to them. The music is tight as hell, but loose when it needs to be. Melodic yet punctuating. The differing vocal styles of the different band members giving each song a unique feel while unmistakably sounding 100% like Wooderson.

Yep, we love this album. We love the fact that we’re once again releasing it with our good friends Art For Blind Records and we love that finally the UK has a band that lives up to those old Dischord bands many of us still hold dear. Oh, and thanks to some great work by Darren Topliss we love the fact that it doesn’t look too shabby either!