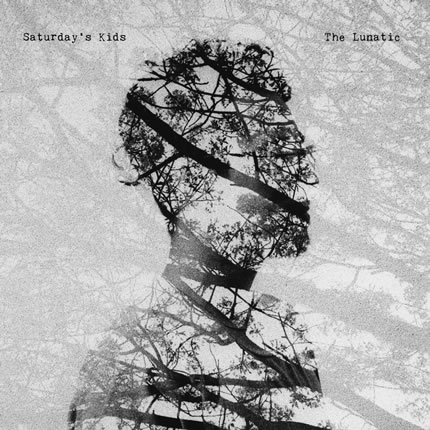 The Lunatic
by Saturday's Kids

Aptly titled The Lunatic, the new album from these Welsh lads is a joyously aggressive and spiteful affair.

Via a slew of releases (two 7"s, a split 10" with Kids Return and their own, self-titled, 10"), Saturday's Kids have meandered from abrasive post-punk to 90s art-rock to pensive slow-core and back again - not only across the breadth of an EP but often in the same song - garnering them comparisons to the likes of Codeine, Sonic Youth and ...And You Will Know Us By The Trail Of Dead.

Not so much a band finding their feet, their recorded output thus far highlights a band willing to take risks and experiment in sound and texture. Despite that, The Lunatic remains an incredibly deliberate, mature and focused affair, surprising not least because of the bands' other commitments (members of Saturday's Kids also play in the bands Joanna Gruesome and Nudes).

Taken as a cohesive whole or perhaps as two distinctive and noisy EPs, held together by the epic, 8 minute plus, shoe-gazer-influenced post-rock of "Love Breeding" - a mesmerizing track which takes time to build and provides a respite from the more urgent tracks on the album - The Lunatic is an exhilarating listen. The album showcases brilliantly a lineage in sound that flows from the early 80s SST bands, via the 90s art-rock and alternative scene, all the way to current bands like Pissed Jeans or METZ.