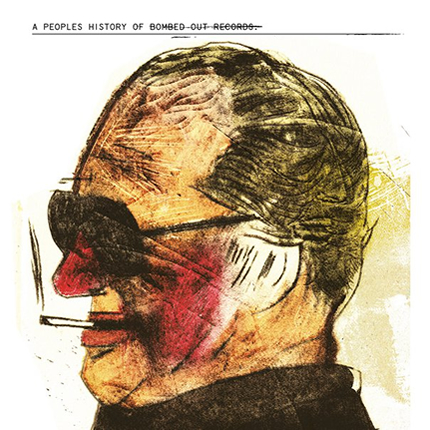 A People's History of Bombed Out Records
by Various Artists

Lovingly conceptualised and painstaking assembled, A People's History of Bombed Out Records is a a document of all that has been accomplished by the label since our inception in 1998.

We say "document" as the word "sampler" is too throw away do this album justice. It also implies a motive - to draw you in so you buy our wares. While a nice idea that is not the purpose of this compilation.

If that sounds pretentious then so be it. This record essentially took 13 years to make, this is what we've built towards since the day we thought it'd be a pretty cool idea to release a 7" record by some of our friends. 13 years of investment of our time, money, blood, sweat and (yep) tears. Some of the bands have since passed on but what they left behind was often glorious and we remain to continue to bask in that glory. So there.

It seems fitting that Bomb030 is released just as most of the band members from our early years also find themselves in their thirties - many are still in bands on the label and elsewhere and we all still have a fire in our bellies which seems to make it impossible to stop doing what we're doing, regardless of the obstacles in our paths or our changing priorities. This album is as much a testament to those fine souls as it is to you - the savy and intrepid devourer of music that you are (for you must be to end up here) - thank you.