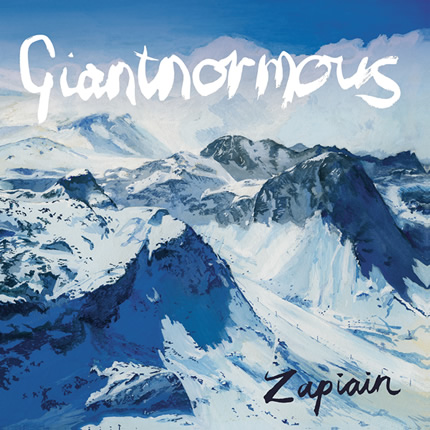 It’s been a good while since Zapiain unleashed their blistering debut, Jibberjabber, back in 2011, with the band only popping up to cover the Thundercats theme tune and release a split 7” with Canadian Rifle in the interim.

Fortunately Giantnormous not only follows the bands penchant for quirky album titles, it also nicely follows on musically from it’s predecessor. This is music free from pretension, stripped back to it’s bare essentials in a way that betrays the band’s 3-piece, “power-trio” make-up and it’s all the better for it.

From opener “My New Home” through to album closer, “Sunrise”, Giantnormous features more peaks than its gorgeous cover art. From the breakneck punk of “Zapplecross” to the melancholic “Shotgun” and the classic UK pop-punk of “Mislaid Eyes”, it’s clear Zapiain aren’t reinvented the wheel here even as they push their own sound in a few surprising directions. If it ain’t broke though... and fans of such 90s heroes as Jawbreaker, Leatherface or Samiam will once again find themselves in the sweetest of familiar territories.

Giantnormous is a co-release between Bombed Out and All In Vinyl Records and is being released on limited edition blue vinyl, ensuring the record looks as good as it sounds.