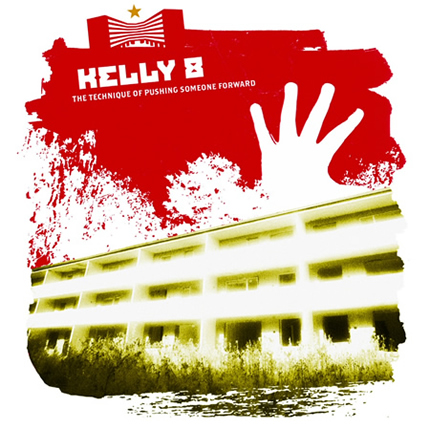 The Technique of Pushing Someone Forward
by Kelly 8

The Technique of Pushing Someone Forward is the new album from Sweden's Kelly 8.

For the uninitiated, Kelly 8 are a post-rock band in the truest sense of the phrase. This is a sound that harks back to those early 90's DISCHORD bands that broke new ground with every new record without forgetting how to write an unforgettable tune. On top of this you get Pia's fantastic vocals, a voice way more powerful, controlled and versatile than our scene deserves.

From the dark electronic intro to "Break a Habit" to the heavy punk drive of "The Carrier", the band break new ground while still retaining that unique as hell sound. Proper ace!

Recorded, mixed and produced by Carl Vikman and Kelly 8.