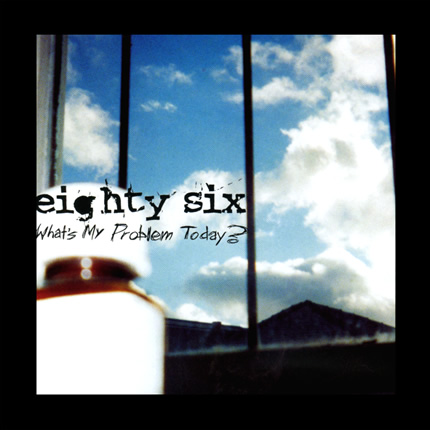 On What's My Problem Today? Eighty Six deliver ten tracks of mid-paced, melodic and passionate punk that showcases a maturity beyond their years. From the melodic punk of "She Said" to the dark post-rock of "Splinters" this is an impressive debut. The latter providing a glimps of the direction the band would soon be taking with Army of Cats.

Members of Eighty Six went on to play in The Magnificent, That Fucking Tank and Pixel Pixel Pixel.

* These tracks were recorded at the same time as What's My Problem Today?. "Shirt" previously appeared on one of the Obscene Baby Auction Records compilation LPs.